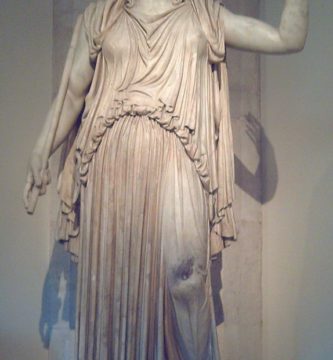 In ancient Greece, Corinth was a large city-state. It was located on a long stretch of land called an isthmus. The name of the isthmus that Corinth belonged to was also Corinth. Geographically, Corinth was located between Sparta and Athens, which were two important city-states in ancient Greece. They were also rival towns of Corinth. Corinth was considered one of the biggest and most important city-states in ancient Greece. At its height, it had a population size of about 90,000 people. As many great cities were, Corinth was eventually attacked and destroyed. Corinth was more or less destroyed by the ancient Romans in 146 BC, but it was rebuilt in 44 BC. Eventually, Corinth was established as Greece’s provincial capital. A provincial capital is a capital of a province. There are often several administrative districts within a provincial capital, and it provides a more effective form of governmental regulation for a densely populated metropolitan area.

Corinth was founded in 700 BC. Some stories say that the city was founded by a Greek god named Corinthos. Corinthos was the son of a god named Helios, who was the god of the sun. Other stories say that the city was actually founded by a Greek goddess named Ephyra. Ephyra was the daughter of a god named Oceanus, who ruled the world’s oceans. Although it remains unclear who actually founded the city, historians agree that the city was ruled by a series of kings after it was established. The first king to rule Corinth was Sisyphus. Before ruling Corinth, Sisyphus was famous for a punishment that he had to endure in Hades, which is the Greek underworld. In Hades, Sisyphus had to push a large boulder continually up a hill until he was allowed to stop. Sisyphus ruled Corinth until his death. He was then succeeded by his son, Glaucus. The last king in the family line to rule Corinth was Bellerophon, who was Glaucus’s son. Bellerophon is associated with a winged horse called the Pegasus. During his rule, the Pegasus become a symbol of Corinth, and an image of the Pegasus appeared on ancient Corinthian coins.

The period of time that the Corinth was ruled by these three kings was relatively peaceful. However, it did not escape the growing violence in ancient Greece. Corinth was a city of importance during the Trojan War, when it was ruled by Agamemnon, who was a brother of Menelaus. Menelaus ruled the neighboring and rival city of Sparta. Starting in the 7th century, Corinth was ruled by a series of cruel leaders called tyrants. The first tyrant to rule Corinth was Cypselus. Cypselus ruled the city for about 30 years. During that time, he built temples for the two gods Poseidon and Apollo. Cypselus’s son Periander took over the throne after Cypselus. He also ruled the city as a tyrant.

Corinth appears in several Greek myths as the stage for several events. One was the famous hunt, led by Theseus, for wild boar. It is also known as the home of Jason, who chose Corinth as a place to live after his epic hunt for the Golden Fleece. 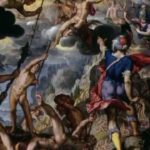 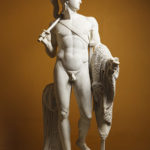 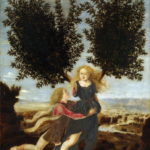 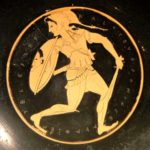 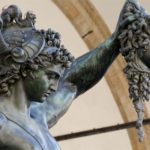